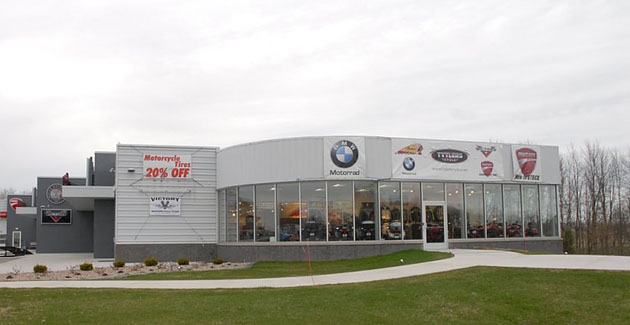 Increase sales during the holiday shopping season by keeping past customers out of the ‘Big Box Stores’ and driving new customers through the door.

The Fat Man (Santa Claus) is a tough opponent. Something about presents under a tree make us go crazy. It’s estimated that $13.13 billion was spent last Black Friday alone, $36.69 billion during Black Friday Weekend and over 140 million people shopping between Thursday and Sunday the week of Thanksgiving. That number represents about 60% of American adults. Between Black Friday and Christmas, it’s estimated that Americans will spend $616.9 billion this year. With that surge in consumer spending comes a tremendous wave of advertising. The top 11 retailers in 2013 poured more than a quarter billion dollars into television advertising alone for Black Friday, according to the Wall Street Journal. Overall, according to Nielson.com, advertisers spent more than $2.5 billion in 2013, up from $2 billion five years ago. Whoa. Trying to compete with the big guys through traditional media is impossible. You just don’t have the funds. Not to mention, 3.6% of the population actually buy what you sell, so 96%+ of the money being spent there falls on deaf ears. So, how do you cut through the clutter and beat the jolly fat man with your limited budget? Through multi-channel, direct-response marketing.

To help them achieve their marketing goal, our Sharp Shooter Program targeted 2,600 of Tytler’s past customers and 2,600 conquest customers (people who ride the brands they sell and live within a few miles of the dealership, but had never bought from them) through a number of direct marketing strategies. By giving the customers many opportunities to respond and going direct to them as possible, we were able to cut through the clutter of all the other advertisements and drastically increase response.

Of 5,200 potential respondents, there were 386 surveys completed for over a 7.4% response rate! The direct mail industry averages about a 1% response rate, so Tytler’s results crushed the national average over 7-fold. This created a total of 386 sales opportunities, 185 in P&A, Service, and Apparel, PLUS 109 responses for a new or used bike (as the chart illustrates below). 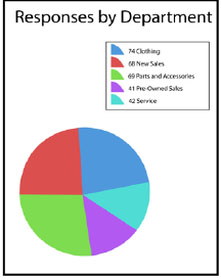 In addition to regularly working with Powersports Marketing on the Sharp Shooter Program, Quinn Kiley, Marketing Manager of Tytler’s Cycle, recently attended our Fall Marketing Boot Camp in Atlanta and left the following review about his experience:

By Quinn K. on October 29, 2015
De Pere, WI | General Department
In the powersports industry you are regularly approached with solutions to get the word out about your business. Since day one of working with Powersports Marketing they have consistently built my confidence in the results of their solutions. Now, having attended their Fall Harvest Boot camp, I have accelerated the process for building a successful game plan. I felt like I was walking away with a masters in marketing in the powersports industry. They walk you through the why and the how to approach each channel. We now have the tools and resources to cut through the noise and build a better business for our clients. Powersports Marketing is a fantastic organization with great people that truly cares about helping you build the best business for your clients. Highly recommend their work and look forward to continuing to work with them in the future.

Quinn and his team are following up their Black Friday event with a Christmas event to ensure they are capturing as much of their customers wallet share this holiday season as possible.

What’s next? By the time this hits dealerships, January is just around the corner. January is a tough opponent for many dealerships out there. For many parts of the country, it’s cold and there’s snow on the ground. A lot of dealers let their past experiences tell them to ‘hold off until spring’ and ‘save their advertising budget for the riding season’. Don’t.

Even in January, it’s almost impossible to not generate a positive return on investment…meaning, more gross profit is generated directly from the sales of the event than what was spent on the marketing. More importantly though, it keeps your buying base engaged with you, it gives them a reason to come down to the dealership and shake off some cabin fever, impulse purchases happen and it generates a list of leads for your staff to call and drum up business when otherwise there would be crickets. Check out the insert for some proven winners in January. I guarantee you won’t be disappointed.

For more information on how the Sharp Shooter Program can help kickoff your 2016 season with a bang, give me a ring on my direct line at 877-242-4472 ext: 112 or chat us up at www.PowersportsMarketing.com. Happy selling.